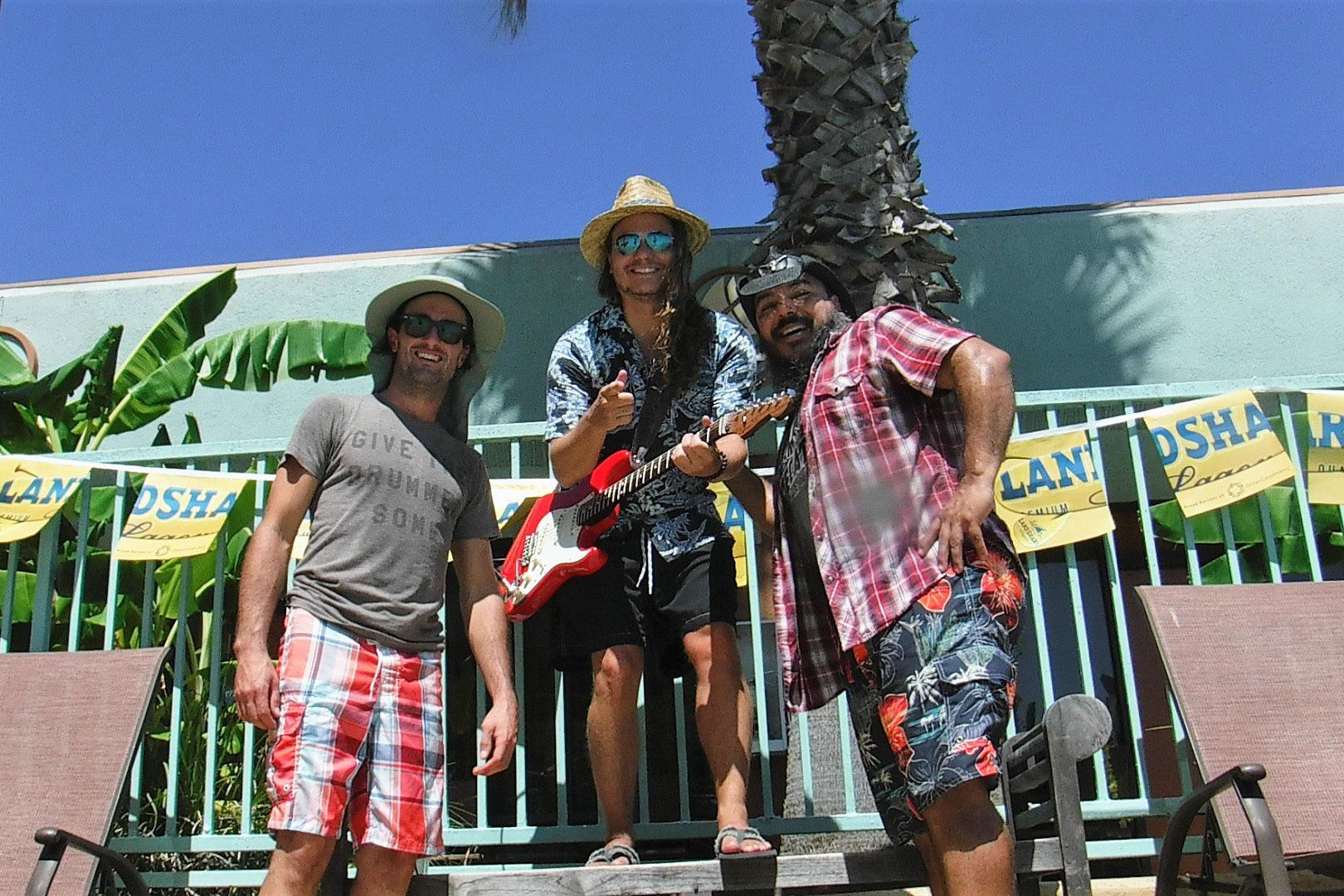 ​The Jonas Lorence Band is a party band that specializes in their own blend of Texas Trop Rock with a bluesy edge BUT also covers a lot of fun classic rock hits and beach bar favorites from Kenny Chesney to Jim Morris. The goal for our show is FUN! We love audience participation and we keep the party going! If you love to cut loose and dance the night away with Jimmy Buffett, Zac Brown a lick or two of Stevie Ray Vaughan not to mention a SLICE OF LIME then we are the band for you!

​Jonas Lorence has been nominated for several awards by the Trop Rock Music Association including the prestigious Horizon Award three years in a row. “Verona Corona” by the JLB was named #1 song of 2020 by Tikipod Radio. You can also catch the JLB on many of your favorite Trop Rock stations including Radio Trop Rock, Tikiman Radio, Radio A1A, Shore Life Radio, Tikipod Radio as well Radio Georgetown 106.7 and Texas Select Radio.

The JLB is based in Austin Texas but you can catch them all over Texas, Florida, Louisiana and Oklahoma. Over the last few short years the band has been invited to perform at some of the top Parrot Head and Trop Rock events through out the south included Music on the Bay, Tampa; Pardi Gras, New Orleans; The Trop Rock River Phlock, Tulsa; Riddles in the Sand, Galveston; the Phlip Phlop Phling, Canyon Lake; the Pirates Ball, Austin; the A1A Beach Bash, Saint Augustine and the Lone Star Luau.

Jonas Lorence has been playing guitar in the Austin Texas and surrounding areas for over 20 years, touring with original artist such as Lonely Child, the Dealers and Mark McKinney more recently with the Stooch Band and is one of the founding members of the central Texas sensation the American Gypsy Band.