Vanilla Ice w/ Coolio and Tone Loc on the Lake 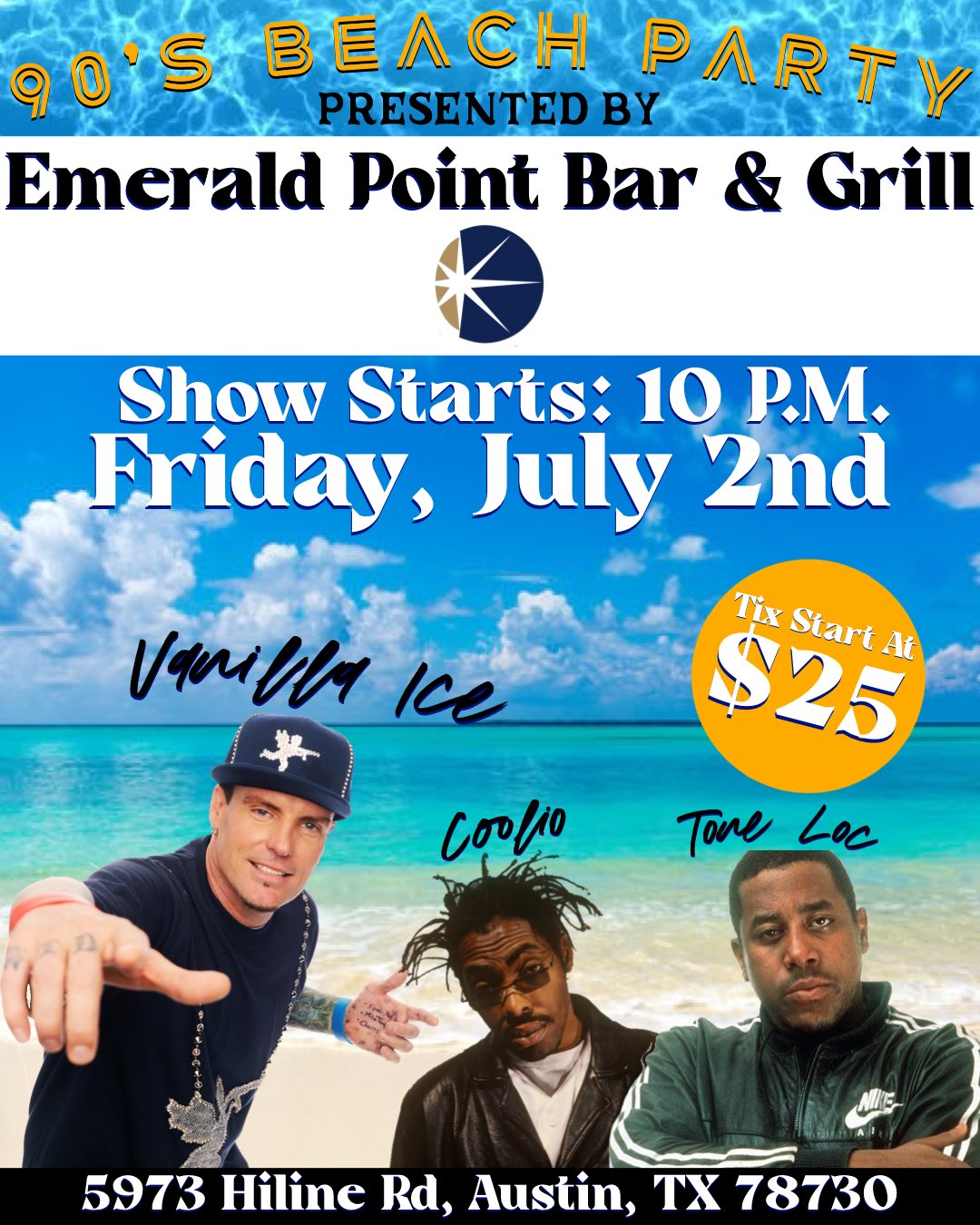 Time for some Ice on the lake.

Robert Matthew Van Winkle, best known by his stage name Vanilla Ice, is an American rapper. Born in Dallas, Texas, United States, and raised in Texas and South Florida, Van Winkle started his musical career in 1988 and released his debut album, ‘Hooked’, in 1989 through Ichiban Records, before signing a contract with SBK Records, which released a reformatted version of the album under the title ‘To The Extreme’. Van Winkle’s single “Ice Ice Baby” was the first hip hop single to top the Billboard charts, and has been credited with helping to diversify hip hop by introducing it to a mainstream white audience.

Van Winkle’s second major release was the live album Extremely Live, released in March 1991. It peaked at #30 on the Billboard 200. Reviews of the album were negative, with Entertainment Weekly reviewer David Browne calling it “one of the most ridiculous albums ever released”, comparing it to The Best of Marcel Marceau, an album which consisted of two sides of silence opened by brief applause. According to Browne, Extremely Live “affords you the chance to hear inane stage patter and unaccompanied drumming, during which, one assumes, Ice and his posse are onstage dancing.” Van Winkle branched out into the film industry, making an appearance in the film Teenage Mutant Ninja Turtles II: The Secret of the Ooze, and beginning to film Cool as Ice in April 1991.

Further albums by Van Winkle, including ‘Hard To Swallow’, ‘Bi-Polar’ and ‘Platinum Underground’, featured a less mainstream rock-oriented sound. His latest release is “Wisdom, Tenacity & Focus” or WTF, was released in 2011.