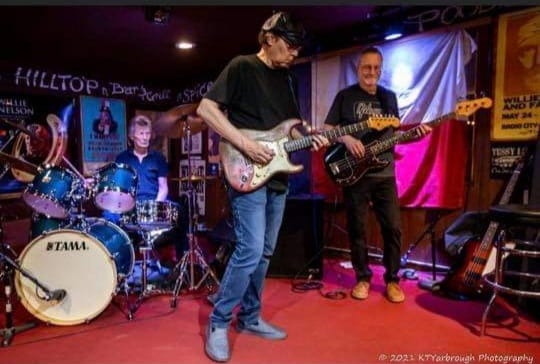 Alan Haynes (February 19, 1956), born in Houston, Texas, is an American Texas blues guitarist. Haynes has been playing professionally since the 1970s and has performed with a variety of blues musicians that include Stevie Ray Vaughan, Johnny Winter, Albert Collins, Albert King, The Fabulous Thunderbirds (1980’s version with Jimmie Vaughan), Robert Cray, Bonnie Raitt, John Lee Hooker, and Otis Rush among others. He now resides in Austin, Texas, and plays locally in and around Texas’ major cities, especially Houston (where he performs nearly every month), occasionally in Dallas and Fort Worth, and also Europe, where he has a following in Scandinavian countries, Germany, Denmark and Israel.
Check him out on Facebook:
https://www.facebook.com/alan.haynes.733