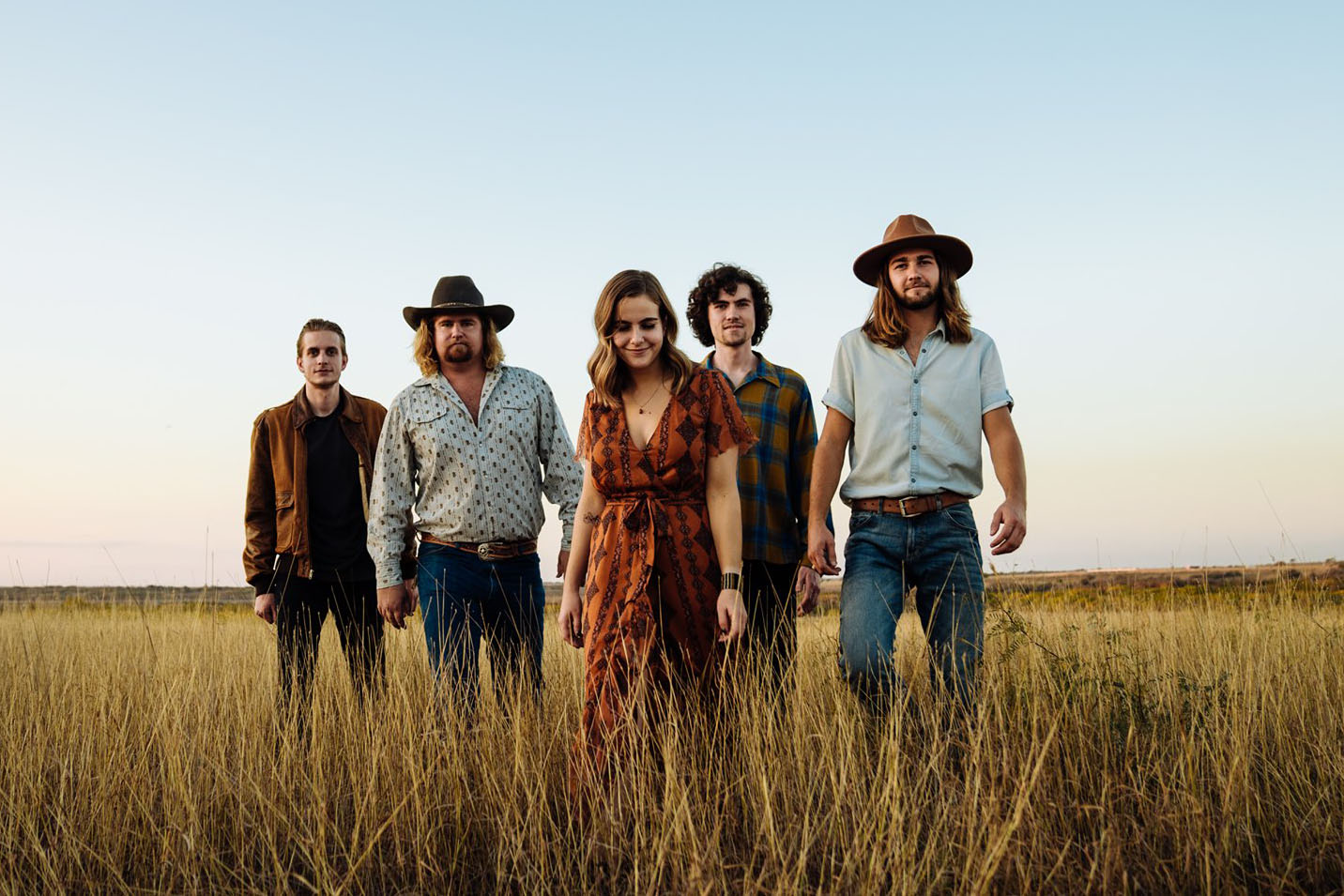 The sibling duo began their journey in music 15 years ago, both learning guitar in elementary school. From then on, the two fell in love with an array of instruments, picking up everything from piano and drums to cello and saxophone.

Influenced by Eagles, The Band, Brandi Carlile, and Sturgill Simpson, Southern Angels draws their sound from a mix of roots rock and country music. Cullen and Caroline both value storytelling through music and believe that at the center of the human experience lies a love for harmony and rhythm.

The band formally began their journey in September of 2020 when the sibling duo teamed up with San Marcos-based drummer and sound engineer Evan Granberry. With his extensive musical knowledge, Granberry’s tight drumming and innovative sound-engineering skills crowned the band’s polished live sound.

Shortly thereafter, the band added Martin Aker on lead guitar and pedal steel, whose clean-cut country sound and warm slide guitar solos round out what has become the signature Southern Angels sound.

Located in San Marcos, Texas, the band enjoys spending time outdoors together and garners songwriting inspiration from the waters that flow through Central Texas. There’s nothing the band loves more than putting on an unforgettable live show and bringing the love of live music to new faces.