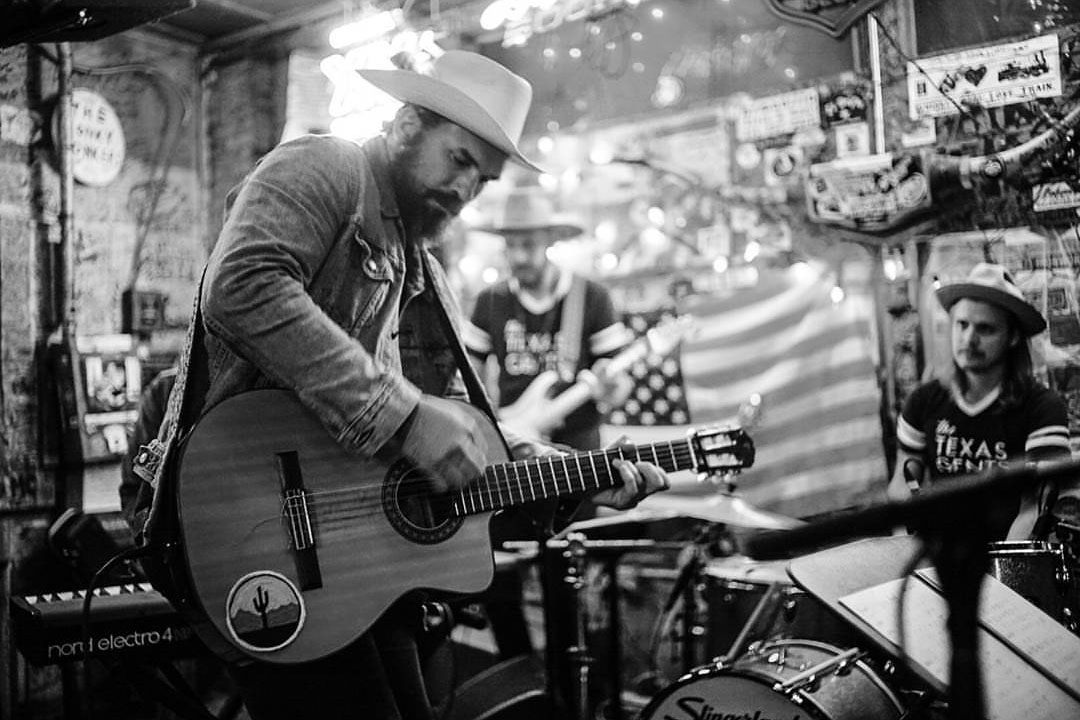 Dan Dyer writes songs with heart. His signature sound melds together soul, folk, and country to reveal music full of a storyteller’s lyricism, a rambler’s travails, and enough self-awareness to keep it honest.

A native of Tool, Texas, a tiny, rural town on Cedar Creek Lake flanked by oak, pecan, and ash trees, Dan has spent his life in the wide-open spaces of the Texas landscape. At age 18, he moved to Wimberley, Texas, and subsequently to nearby San Marcos for college (double major: math and physics), where he got a gig running the rapids on the Guadalupe River, delivering pizzas, and any other sort of odd jobs he could take to pay the bills.

It was in San Marcos that he picked up a guitar for the first time. He likes to say that guitar was something he practiced “ineffectively,” and he barely stumbled through his first open mike night. But this self-effacing musician now commands audiences with that guitar, combined with the vocal strength of a gospel choir and the raw edge of a man who knows the value of hard work.

Today, Dan calls the outskirts of Austin home, where he feeds his handyman tendencies and soulful nature with a plot of land framed by sky at the end of a dirt road. And nearly every day, he makes the time to write. Stories are the hallmark of his music. Because much like fellow Texan Lefty Frizzell, Dan seeks to wring every last bit of life out of every word.