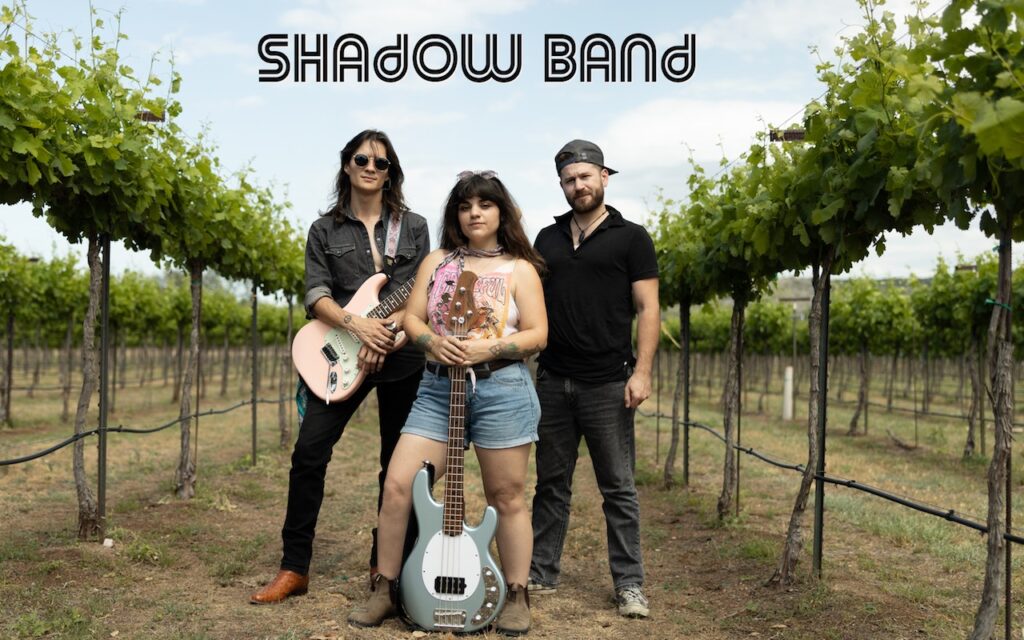 The blues, funk, soul and rock inspired SHADOW BAND hails from Austin, Texas with Robert Parker Jr. on guitar/vocals, Jennifer Foster on bass/vocals and Anthony Corsaro on drums. Robert began as a blues inspired self-taught guitarist from Southern California, gigging up and down the coast. Jennifer picked up the bass one year ago. She moonlights as an actress and vocal arranger with original albums, Broadway shows, films, commercials, and TV shows under her belt. Anthony started in bands, drumlines, churches; studied at University of North Texas and continues to push his creative boundaries in areas like engineering, producing live podcasts, mixing/recording and beyond. The trio met in the summer of 2021 at Mozart’s Coffee in Austin and the rest is history. With collective inspirations like The Meters, Bonnie Raitt, Jimi Hendrix, The Grateful Dead, and Stevie Ray Vaughan, this trio has played at hundreds of venues in and around Austin.
jenniferfostermusic.godaddysites.com/shadow-band-trio
www.facebook.com/jenniferandrobertmusic
www.youtube.com/jenniferfoster