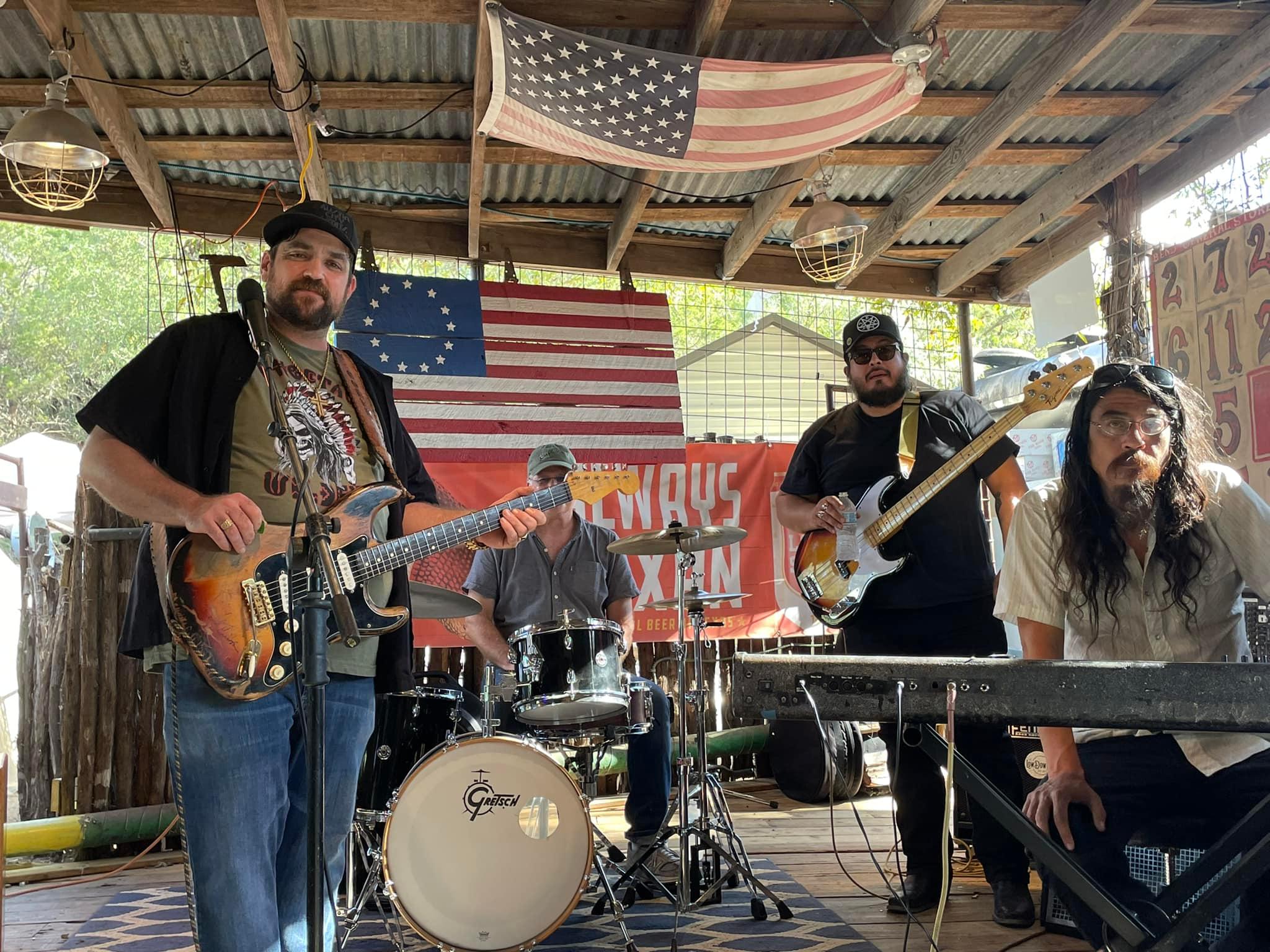 Facebook: www.facebook.com/rucolemanfanpage
Website: thebighurtatx.com/
Bio Excerpt from website:
Since the age of just 17 years old, Ru Coleman has embraced the existence of a true blues man in the modern era. Drifting from state to state and playing countless bars, dance-halls, and strip clubs all over the south. Through his travels, Ru developed his sultry, funky and unique style by mixing elements of soul and gospel blues, like Otis Redding and Pops Staples, and adding the pure expression and power of artists like Son House and Stevie Ray Vaughan.
In 2007 Ru was offered a residency at Poodie’s Hilltop by long time Willie Nelson road manager Poodie Locke. He was hired by Locke as well as Nelson himself to play several shows across Texas in 2007, 2008 and 2009.
During that time he also developed a unique friendship with legendary producer Bob Johnston, who considered the young Troubadour a top tier guitar player and front-man. Ru would spend hours with Mr. Johnston and his wife Joy Byers at Bob’s Briarcliff home talking about music and songwriting. Bob was preparing to produce an album with Ru to be recorded at Dreamworks Sound Studios in Los Angeles. Unfortunately, Bob passed away before they were able to begin production.
Ru has appeared on stage with The Willie Nelson Family band, James Cotton, James Hand, Bobby Boyd, Pinetop Perkins, Waylon Payne, Dave Mason, Billy Bob Thornton and the Boxmasters, Bugs Henderson and many others.
Ru appeared and performed in a CBS documentary chronicling The Boxmasters 2009 North American tour with Willie Nelson. He is known as a players player. Touring acts frequently seek him out for a jam when they are in the Austin area.
In 2015 he married Austin native DeVonna Duffie. He is often joined on stage during local shows by her father, legendary guitarist and Godfather of Austin blues- W.C. Clark.
Mr. Clark is said to enjoy sitting in with his son in law because it brings back his memories of Stevie Ray Vaughan and Austin’s rich blues history.
Ru is a blues man with a forward leaning trajectory. The influences of artists like the Wu Tang Clan, Wes Montgomery and Jimi Hendrix seamlessly intertwine in his upcoming album. Genres are fearlessly folded into his bag of blues as his Fender Stratocaster explodes with visceral emotion on every note.