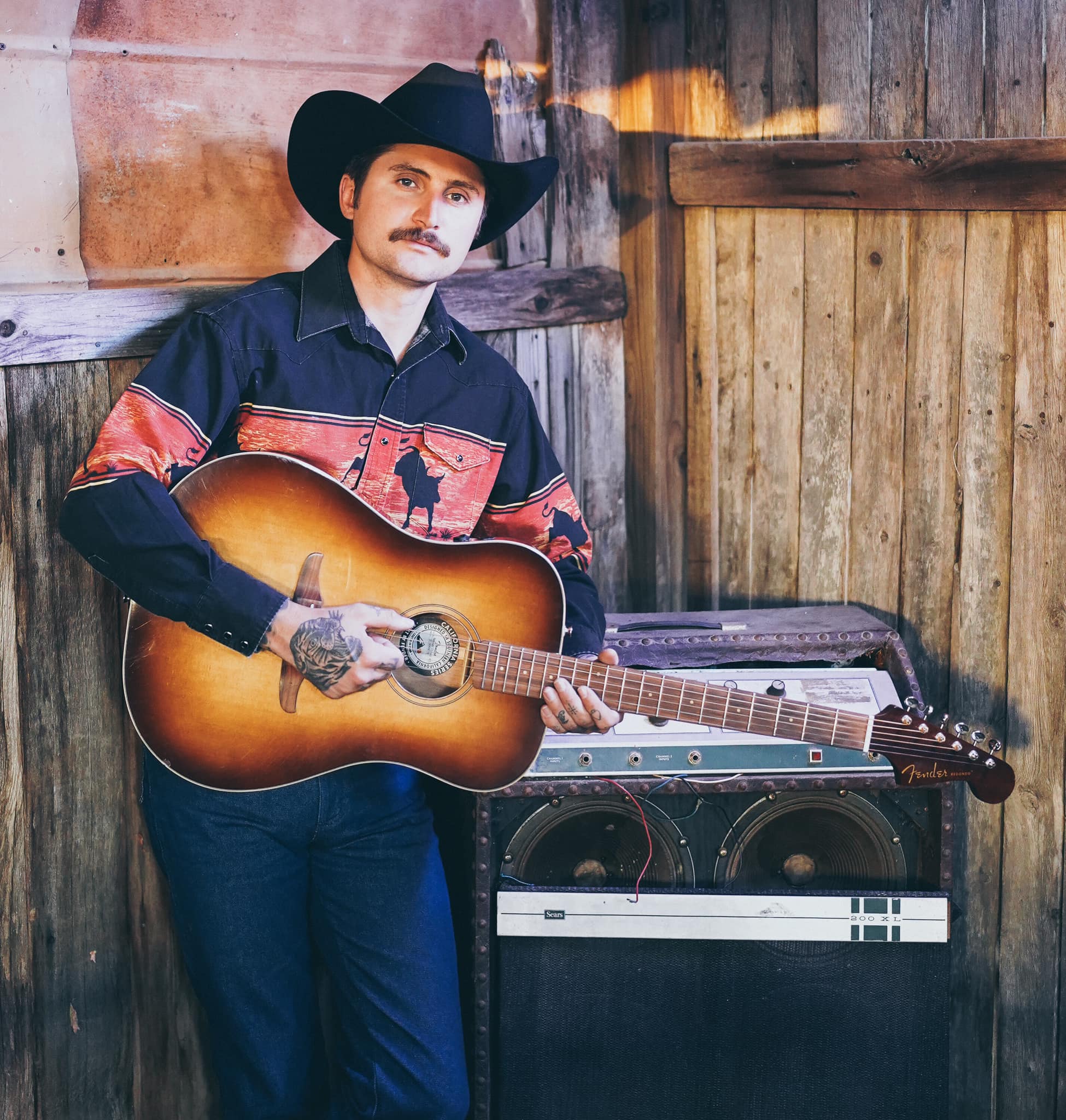 Jesse Daniel possesses the hard-won life experience that many sing about, but few have actually lived.

Instead of wearing those trials like badges of honor, he has used them to forge the solid foundation from which he has built his career. After overcoming years of addiction and all that comes with it, he set out to make a life in music and hasn’t looked back since.

This unrivaled determination led to his debut in 2018, Jesse Daniel, which proved to be a major foot-in-the-door for him as an artist. After touring this record extensively he released his second album, Rollin’ On, in 2020.

If the first record was a foot in the door, Rollin’ On was a battering ram, making it near impossible to ignore his name in country music. It let the world know that Daniel was here to stay and received national (and international) praise from the likes of Rolling Stone, Sirius XM Outlaw Country DJ Shooter Jennings, American Songwriter and Saving Country Music among many others. It’s success in spite of a global pandemic only highlighted the impact it had.