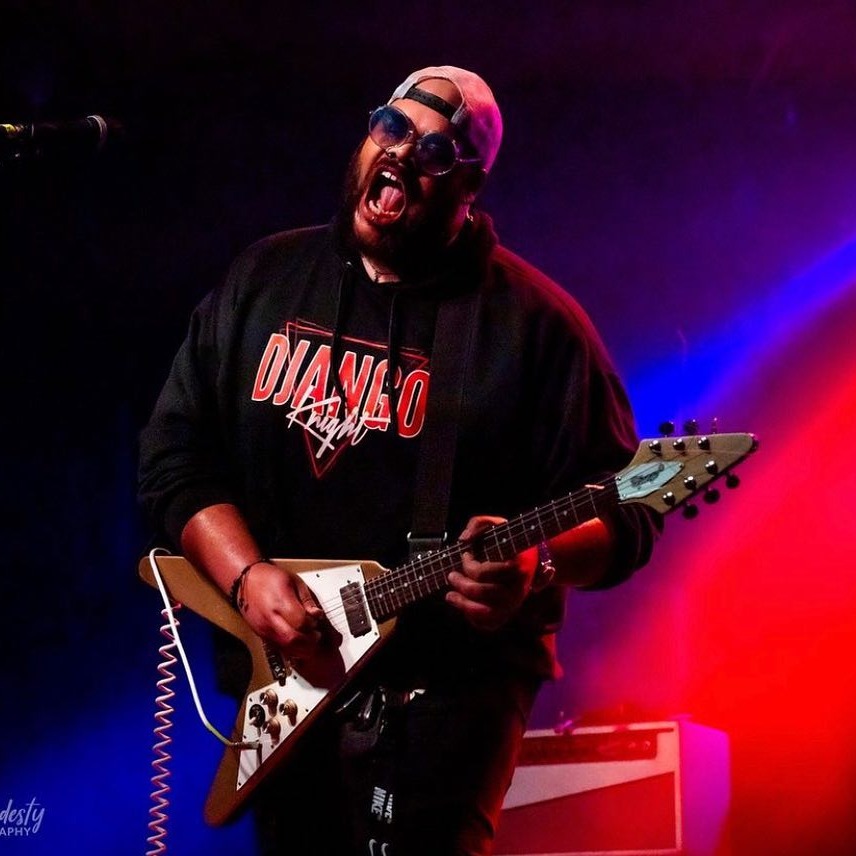 www.djangoknight.com/
www.facebook.com/DjangoOfficial/
Django Knight is an American guitarist, singer, songwriter, and multi instrumentalist from Indianapolis, IN. Django began singing at the age of 6 through the influences of Stevie Wonder, Elton John, and Elvis Presley. Years later, Django discovered the guitar through musicians like Prince, Stevie Ray Vaughan, and Jimi Hendrix. At the young age of 15, he became the recipient of The Robert Johnson Blues Foundation New Generation Award. By age 17, Django earned the support of major companies such as Fender Musical Instruments, Dunlop Manufacturing, and Guitar Center. Django Knight’s music is a blend of exhilarating funk, blues, and rock that will leave you mesmerized. He is often referred to as one of the very best up and coming artist’s of today. His goal is to lead the younger generation through his love and passion for music.