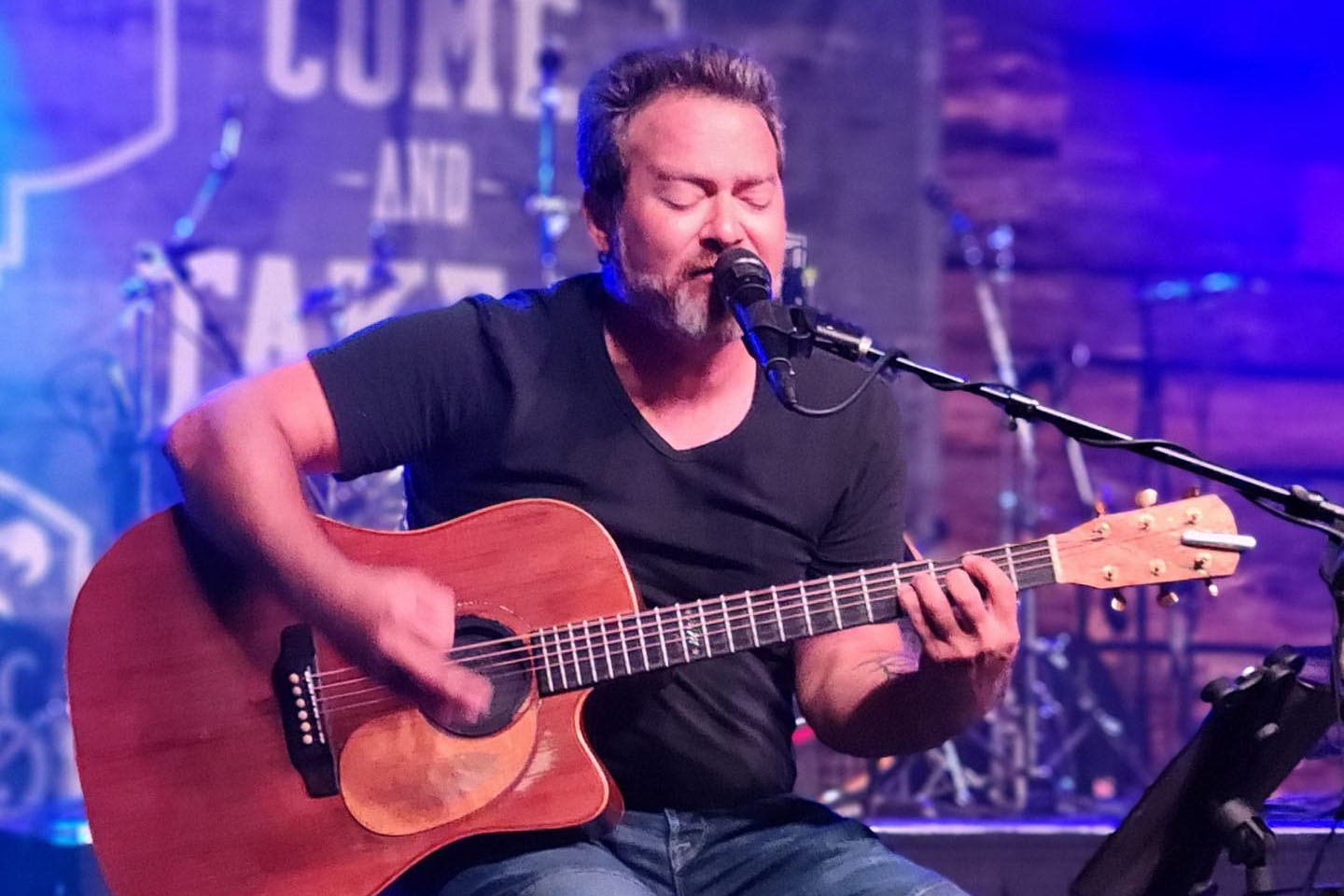 Raised on military bases and living in Kansas, at the age of 18, Brian Andrew Lee packed a duffel bag, grabbed his guitar and, bummed a ride to Texas. Brian started his career playing in a variety of different bands such as The Phase and Dear John.

In 1997, Brian decided to further showcase his original music and started The Brian Lee Orchestra. In this acoustic act, he was quickly recognized for his amazing vocal ability but people gathered not only to listen to Brian’s astonishing voice but also to take in Brian’s well-written lyrics and guitar playing. Brian’s music developed and evolved as he continued captivating audiences in clubs around Texas with his powerful and soulful voice and his heartfelt lyrics.

Brian reached a very special crossroad when he met Monte Montgomery, an enigma in the music industry, known for his amazing performances, songwriting and incomparable guitar virtuosity. Brian and Monte share a great admiration for each other’s talent and once Monte invited Brian on stage to sing a few songs, the special relationship they enjoy today was formed. Since 2006 Brian has traveled the world opening shows for Monte.

Brian’s powerful performances have earned him a loyal following of fans that enjoy his sophisticated adult rhythms combined with memorable melodies and meaningful lyrics. In 2006, Brian released his first album, Pennies & Dimes with Monte Montgomery and Carl Thiel as co-producers.

In 2008, Brian and four other talented Austin musicians (John Lockhart, Chris Skiles, Robert Wagner and Danny Swinney) formed the band Suede. The band continues to gain popularity as it adds to its fan base by catering to every crowd with a versatility ranging from strong Rock & Roll roots to Rhythm & Blues, and Country.
Most recently, Brian and John Lockhart (also of Suede) collaborated to start AcoustaCafe. AcoustaCafé is a guitar duo featuring Brian and performance/ studio guitarist, John Lockhart. AcoustaCafé blends original music with pop hits.