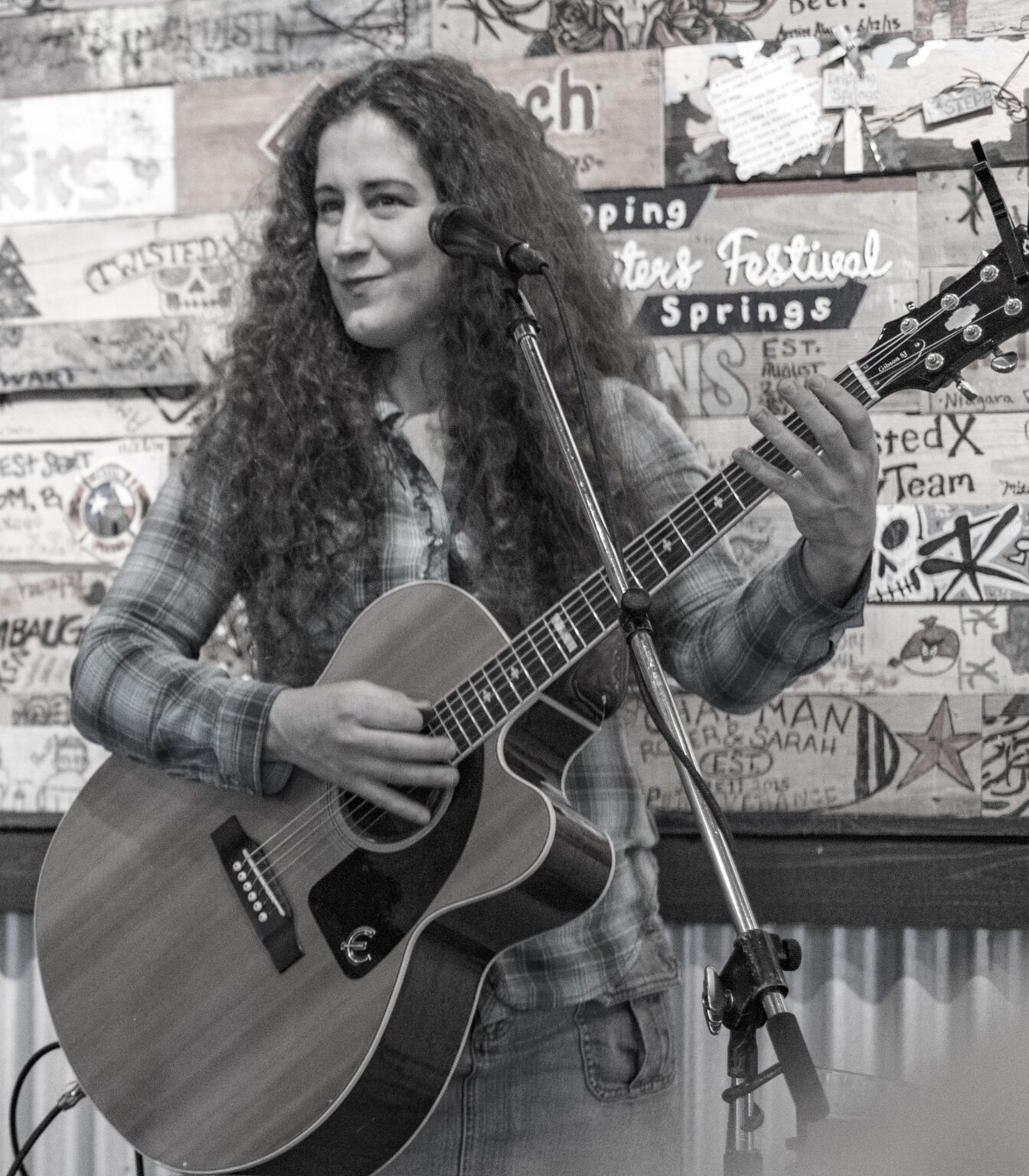 Facebook: www.facebook.com/amberlucille
Website: www.amberlucille.com/
Bio Excerpt from Website:
Amber Lucille offers a beautiful blend of Americana, Rock and Roots Music with her Original Compositions. Amber has been playing guitar and writing songs since her early teens. Her smoky voice and poignant lyrics create an atmosphere of shared love and longing in audiences, in clubs, at festivals and even inside the “Walls” at Huntsville State Prison.
She started out in the Houston folk scene performing regularly from her early teens until moving to Austin, TX in the late 90’s to play and sing in various music projects. In addition to guitar, Amber also honed her skills on bass guitar and drums.
In early 2008, Amber returned to her roots, with her namesake band, Amber Lucille. She wants to spread hope and encouragement with her original music, much of which has been released on her self-titled EP, “Amber Lucille,” her two full-length CD’s, “All the Beauty and the Love,” co-produced by Omar Vallejo and released in Summer 2010 and “Love That Never Ends” that was released in the Spring of 2012 at The Continental Club in Austin, TX. Amber’s latest effort hails from her own home studio, an EP called “Endless Highway Vol.1” where Amber was the sole musician/writer/producer and engineer and released in 2018. The current Band Line up is Amber Lucille on Bass and Vocals, Vinnie Bean Garbonzo on Guitar and Vocals and Joe Boone on Drums and Vocals.
Amber Lucille has opened for, or shared the stage with Kevin Fowler, Bill Carter, Billy Joe Shaver, The Whiskey Sisters, The Mother Truckers, Micky and the Motorcars, James Otto, Vallejo, Guy Forsythe and Rosehill to name a few. Amber has toured throughout the United States and extensively through Central Texas and is a veteran of the Austin Music Scene but it is only just beginning. With a passion for music, a dedication to her craft and love for life, Amber continues the dream of doing what she loves, playing music full time and hopes to share her music for many years to come.